LaGuardia Airport has long been known for being, well, awful, though the airport’s new Terminal B Eastern Concourse has just opened. This looks like a beautiful new terminal that you’d think was at another airport.

As part of that, Air Canada has today opened the Maple Leaf Lounge LaGuardia, which is the first lounge to open in the new concourse. Air Canada used to have a lounge at LGA, which just recently closed (until September it accepted Priority Pass, but at that point they stopped).

The new lounge is 7,015 square feet and has the capacity for up to 126 guests. It’s open daily and located on level 2 of the Terminal B Eastern Concourse, near Air Canada’s departure gates, which are 49, 50, and 51.

With capacity for up to 126 customers in an elegant space that overlooks the concourse, the new LaGuardia Maple Leaf Lounge combines Canadian design and art with metropolitan modern style. The 7,015-square-foot lounge features a self-serve bar, offering a wide selection of beverages, including Canadian wines and Lavazza specialty coffees, a business centre and comfortable seating with a view of the tarmac. Business travellers planning to work on site may also take advantage of a cyber counter equipped with PCs and colour printing, complimentary Wi-Fi and access to more than 7,000 digital newspaper and magazine content via the PressReader app.

Now, there is some bad news. The old Air Canada Maple Leaf Lounge LGA belonged to Priority Pass, meaning that Priority Pass members traveling in economy and on other airlines could use the lounge. Unfortunately I’m being told that the new lounge won’t belong to Priority Pass.

As it stands, the only two Air Canada Maple Leaf Lounges open to Priority Pass members are those in Newark and Paris.

Here are some pictures of the new Air Canada Maple Leaf Lounge LGA: 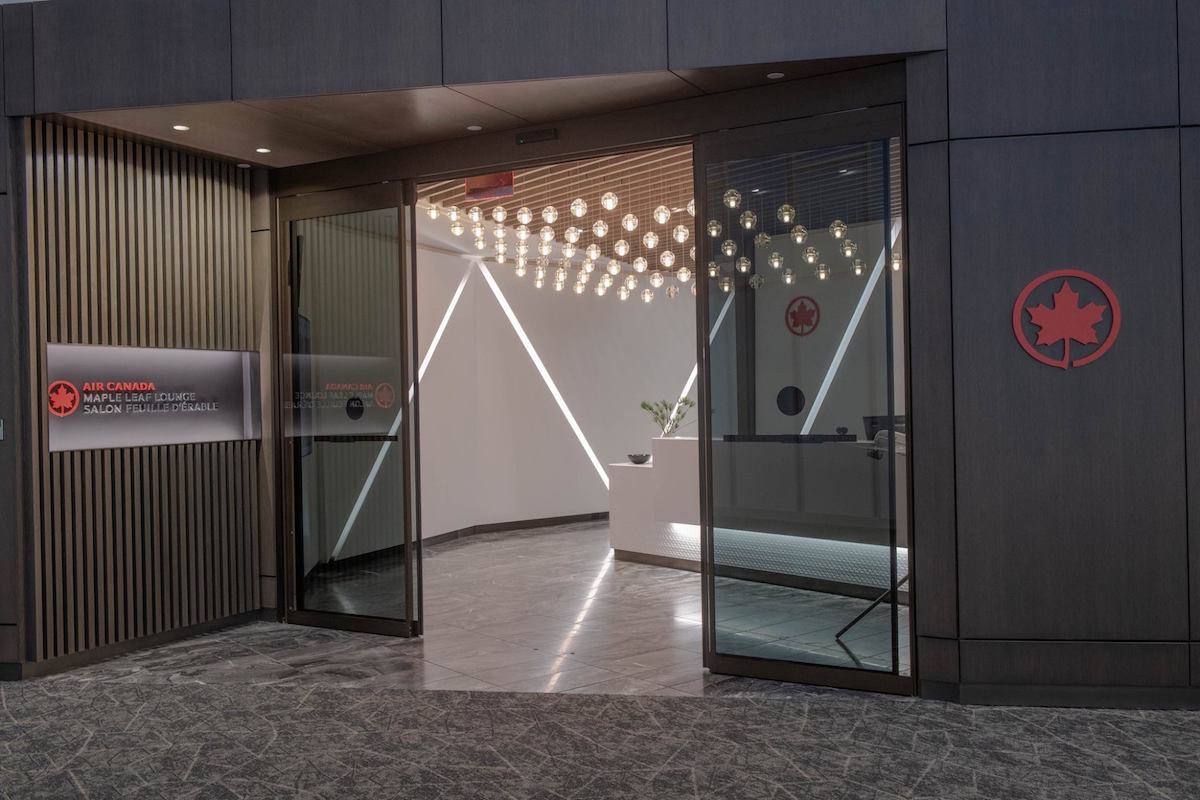 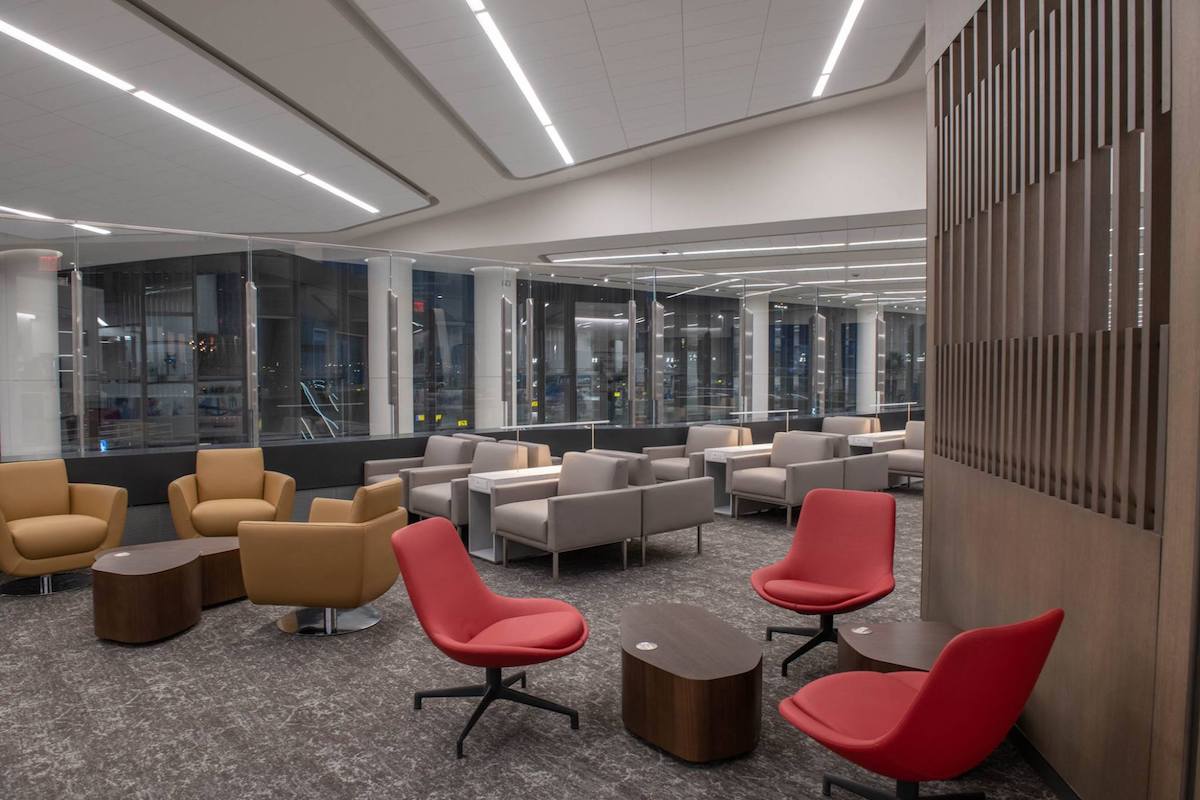 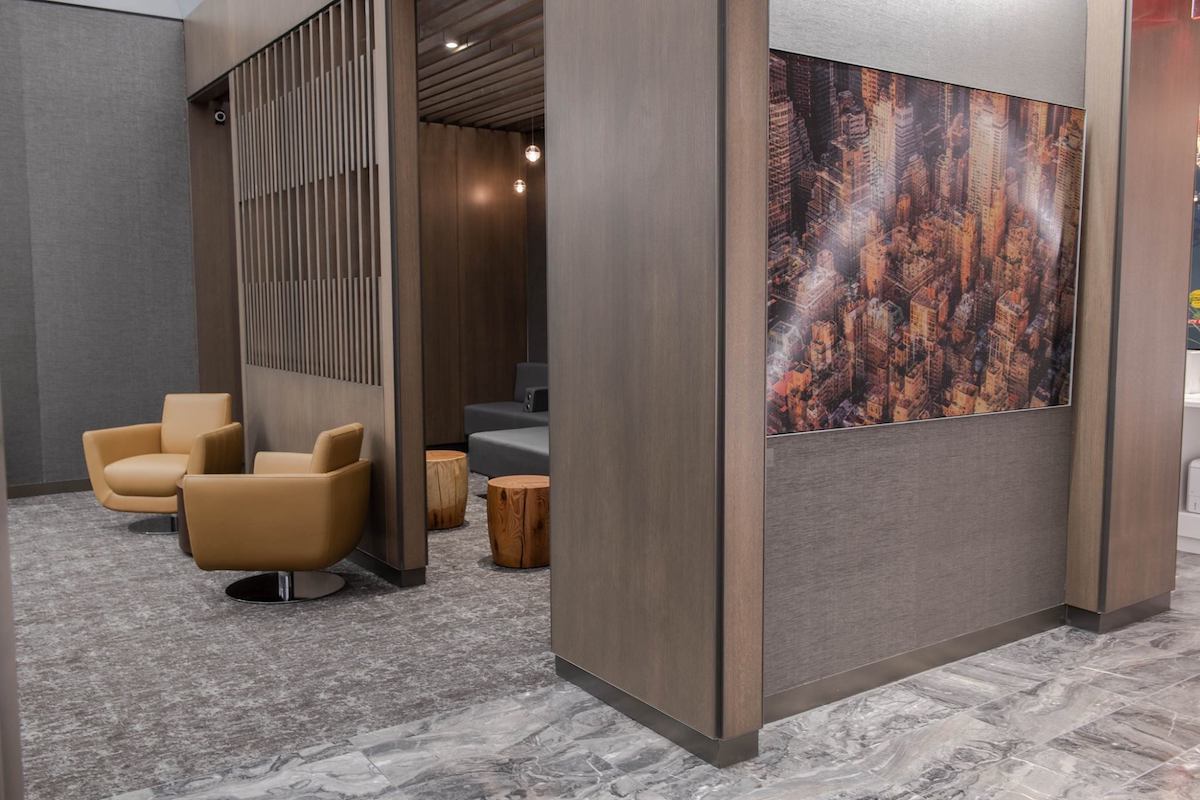 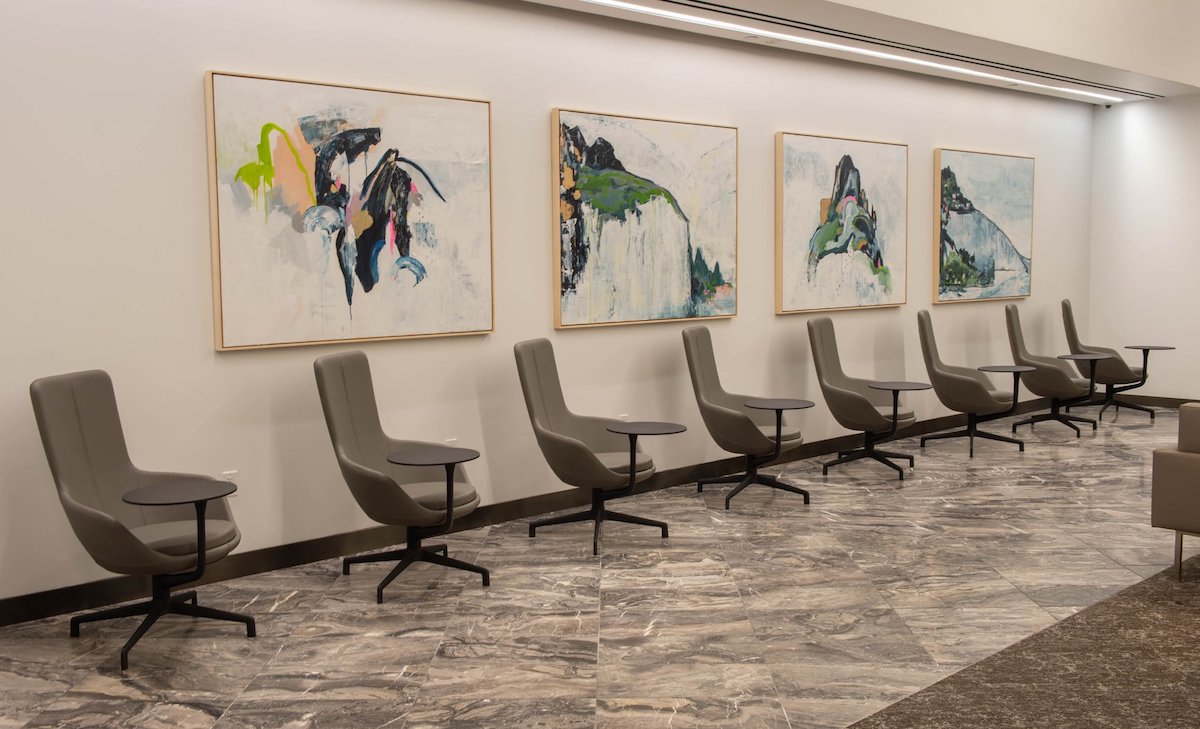 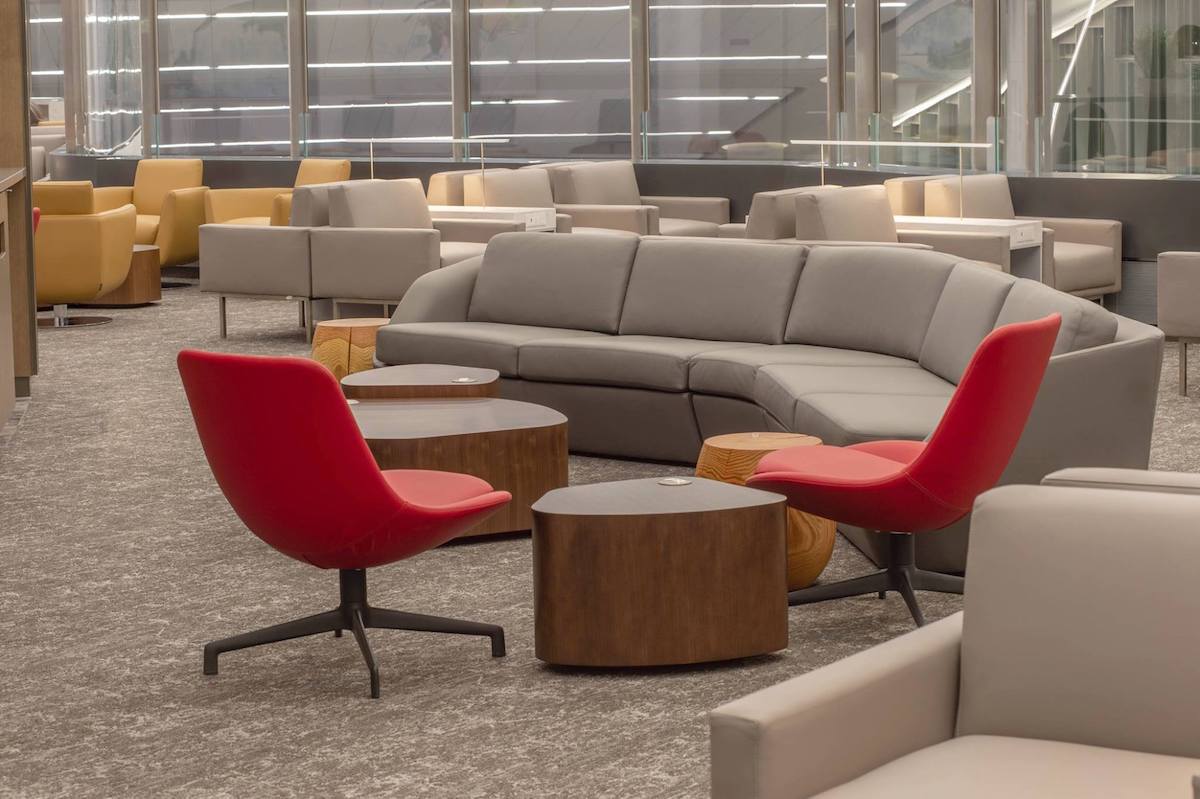 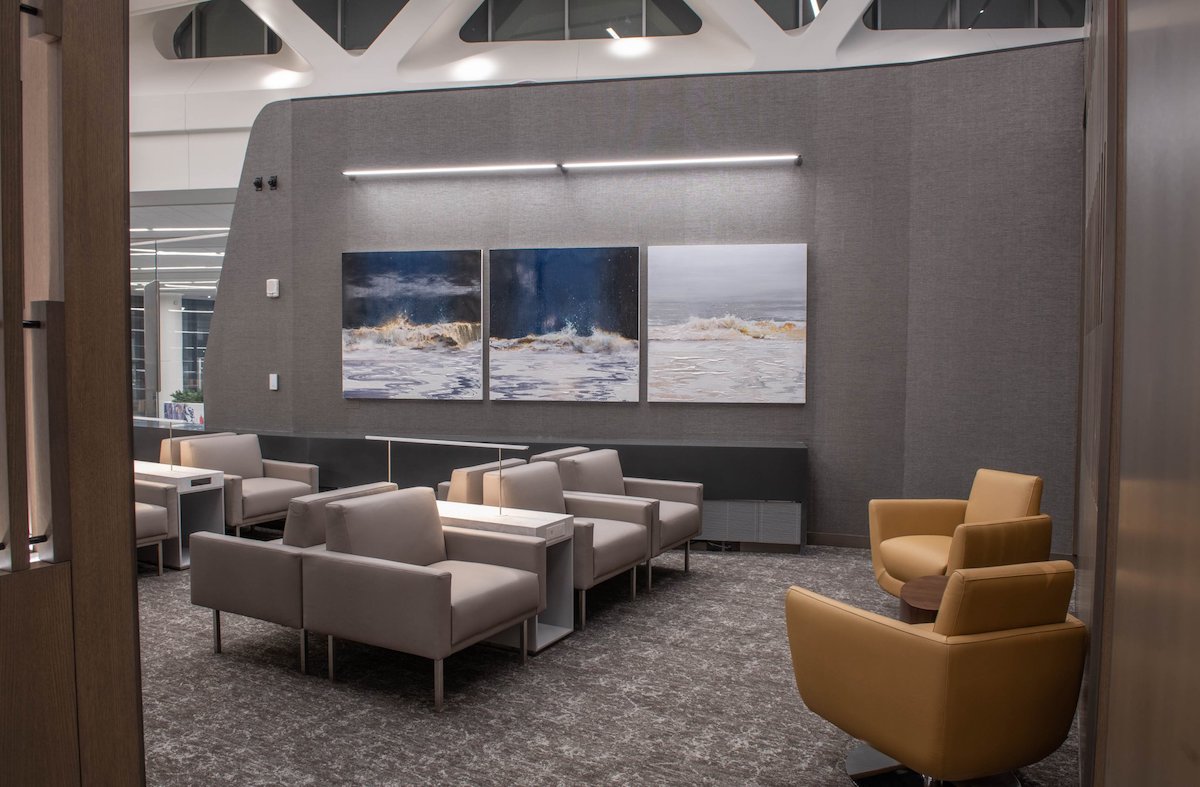 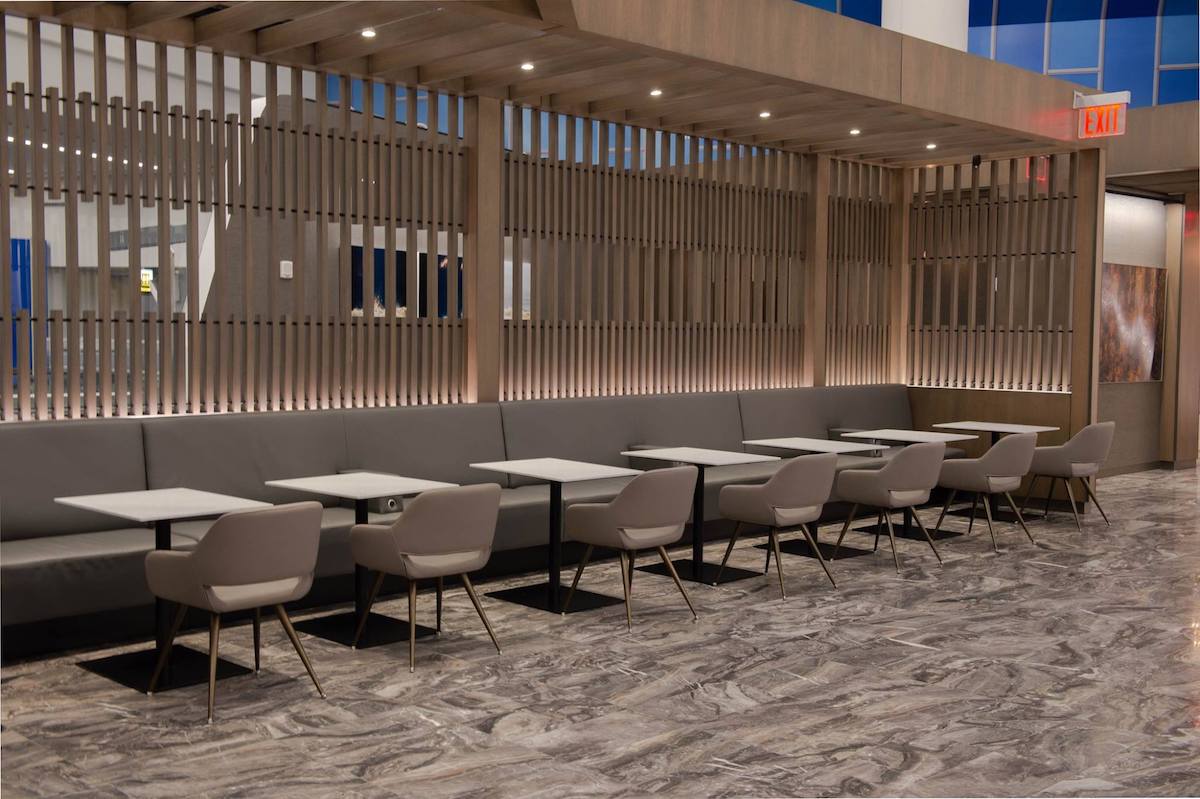 Days Remaining: 5 Reasons To Get The CitiBusiness AAdvantage Card